Judges for the 2021 Competition 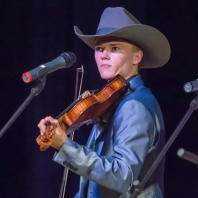 Ridge’s musical journey began at the age of seven, when he picked up the fiddle for the first time and fell in love. He scoured the internet for fiddle tunes and videos, and he played for hours every day teaching himself one tune after another. He played completely by ear, and aside from the tunes that his father taught him, he was mostly self-taught until 2013, when he began taking fiddle lessons with Joey McKenzie. Since those early days, his love, respect, and passion for fiddling has only grown stronger.

As a competition fiddler he has achieved much success. He is the current Grand Master Fiddler Champion, he holds several National titles, he's won championships in multiple states, and he's a World Champion - the second youngest in the history of the contest to capture the title.

Ridge also plays guitar, sings, writes songs, and composes.  He enjoys reading, writing, and hanging out with friends. He loves all things vintage, especially Country music. Since his introduction to fiddling, Ridge has been and will always be a life-long student of music and its history and he plans to continue his musical career after graduating. 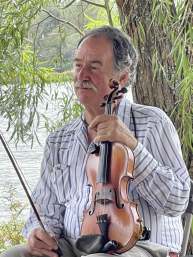 Larry Franklin grew up on a farm in Whitewright, Texas and began playing the fiddle when he was seven years old under the guidance of his father, Louis Franklin. Louis and his Uncle, Major Franklin, are legends in the world of Texas Style Fiddling and they were the ones Larry first learned to emulate. Larry eventually won most every fiddler’s contest in the state of Texas including the World Championship when he was l6 years old.

He began honing his chops with dance bands in high school and after a 3-year stint in the Army went on to co-found “The Cooder Browne Band”. They were signed by Willie Nelson to his label “Lone Star Records” and toured with Willie and released one album. After that Larry led “The Larry Franklin Band” across the country entertaining everyone with his brand of fiddle music. He went on to perform with “Asleep At The Wheel” for seven years, receiving two Grammies for Instrumental of the Year. The first in 1987 for String of Pars, a song he co-wrote, and again in 1988 for Sugarfoot Rag. They won again in 1999 with Bob’s Breakdowns on the Ride With Bob tribute album to Bob Wills featuring Larry, Vince Gill, Steve Wariner and Tommy Alsup, bringing his Grammy total to three! His style has grown from the diverse influences of Texas contest fiddling to embrace Country, Blues, Rock & Roll, Jazz and Western Swing.

He moved to Nashville in 1991 and began his career as a session musician and has performed on hundreds of hit records as you’ll see in his Discography. He currently resides in Brentwood, TN with his wife Donna. He continues to play on recording sessions and performs each Monday night with the Time Jumpers at “3rd & Lindsley” a night club in Nashville. The Time Jumpers are an 11-piece Western Swing/Country Group comprised of a group of very elite musicians and singers and features the 3 fiddles played by Kenny Sears, Joe Spivey and Larry.

He plans to continue recording and releasing his own albums. He has a home studio that doubles as a place to work on his songs as well as projects for other Artists and Songwriters 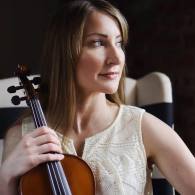 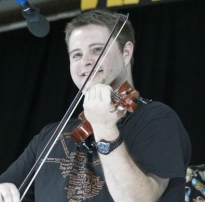 JayDean Ludiker fell in love with fiddle music as a young girl after hearing her father play at their Spokane Valley, Washington home. He took her to contests all over the country and watched her become the National Junior Champion at age 17 and National Ladies winner the following year.

She consistently places in the top 5 of the National Old Time's Fiddler's Contest in Weiser, Idaho and has gone on to win the Adult Championship. JayDean now teaches the art of old time fiddling and pens instructional manuals through her company Ludiker Music. She organizes children's' performing groups, judges fiddle contests, and teaches at fiddle camps all over the country.

Marty Elmore was born on November 6, 1962 in Fort Worth, Texas into a musical family. As a younger brother to champion fiddler and accompanist Randy Elmore, Marty grew up going to fiddle contests all over Texas with his family and he started playing fiddle himself at age 10.

The love of fiddling came quickly to Marty and he competed in his first contest in 1973.  He determined that he wanted to learn as many fiddle tunes as he could in order to participate in the jamming. Meeting Benny Thomasson a few years after this even further inspired Marty, and he was able to visit Benny a couple of times and learn even more about fiddling. Later when he was able to drive himself, he spent a lot of time with legendary Texas fiddler Bill Gilbert, who showed him the importance of playing the tunes and then adding his own variations to have his own unique versions of the tunes in the Texas fiddling style.

Being around and playing with fiddlers like Benny, Major Franklin, Claude Henson, Louis Franklin, Vernon and Norman Solomon, Orville Burns, and many others, Marty absorbed the music and influences of these legends but came up with his own way playing. Marty knows hundreds of fiddle tunes, and can jam for hours and never repeat a tune.  He is also regularly seen playing backup guitar for fiddlers on stage and in jams.

A frequent winner and popular participant at contests and jams all across the US, Marty tries to give back some of the  knowledge and time that was given to him by his mentors by teaching workshops, operating the Elmore Fiddle Camp every summer (along with his brother Randy) and teaches private lessons out of his home for the last 20 years.

Marty also promotes fiddling by directing the Chicken and Bread Days Fiddle contest in Bowie, Texas for the past  21 years. It remains one of the best contests in North Texas. Marty has also been inducted into the Texas Fiddlers Frolics Hall of Fame in Hallettsville, TX. 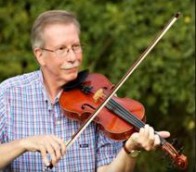 Bobby Taylor is a fourth generation West Virginia fiddler. He plays several styles of old-time and contest fiddling, but got his early start from the legendary Clark Kessinger, who influenced a world of fiddlers. He has a melting pot of old-time fiddle styles including the styles of his father Lincoln Taylor (1911-1995), Ed Haley, Mike Humphreys, Benny Thomasson, Reece B. Jarvis, Doc Roberts, French Carpenter and scores of others to name a few. He was the 1977 West Virginia State Open Fiddle Champion. In 2003, Bobby received the FOOTBRIDGE AWARD. This award was presented by FOOTMAD (Friends of Old-Time Music and Dance) for his contributions to old-time music. Bobby was presented The 2010 VANDALIA AWARD by the West Virginia Division of Culture and History. The Vandalia award is West Virginia’s highest folk-life honor. When fiddle enthusiast West Virginia Senator Robert C. Byrd passed away in July of 2010, Bobby was honored to be chosen to play Senator Byrd’s favorite fiddle tunes during the public visitation in the West Virginia Capitol Rotunda, and for the official memorial service. Bobby was also requested by the Byrd family to play for the private funeral services. He was inducted into the Mountain State Art and Craft Fair Hall of Fame in Ripley, WV in July of 2012 for his musical contributions to the State of West Virginia.

Bobby has judged the Tennessee, Ohio, Kentucky and West Virginia state championships, and is a regular judge at the Old Fiddlers Convention in Galax, Virginia. He has judged the Grand Master Fiddle Championship in Nashville, TN since 2006 to present. He was selected to judge the 2007, 2010 and 2012 Western Open Fiddle Championship in Red Bluff, CA. He was a judge at Jana Jae’s Grand Lake National Fiddle Fest in 2006, 2007 and 2009 in Grove, OK. He was selected as a judge at the Grand National Fiddle Championship in Weiser, ID in 2008. Bobby is a certified national fiddle judge. He is a nationally recognized consultant on rules and judging procedures for heritage music competitions. He has taught fiddle workshops at the Augusta Heritage Center, Allegheny Echoes in West Virginia, the 2012 Midwest Banjo Camp in Michigan and at the 2013 Festival of American Fiddle Tunes in Port Townsend, WA. He has performed on musical tours in Australia and Ireland, and was a featured performer at the National Folk Festival in Australia in March of 2008. He was a featured performer at the Library of Congress and at the Kennedy Center on August 16, 2012. The Library of Congress show was recorded for their permanent collection.

In 1990, Bobby apprenticed and constructed a violin under the guidance of Harold M. Hayslett. Mr. Hayslett was a Violin Society of America “Gold Medal” winner for tone at the 1980 international competition.

Bobby currently judges extensively and presents historical showcases on fiddle styles with his old-time band “Kanawha Tradition.” It is not uncommon for historic fiddles once owned by great fiddlers such as Clark Kessinger and Ed Haley to show up at these events.  Bobby is the custodian of these historical instruments.

The 2021 Grand Masters will return to the Country Music Hall of Fame and Museum's Ford Theater on September 4tth and 5th (Labor Day Weekend). Visit this website often for updates.